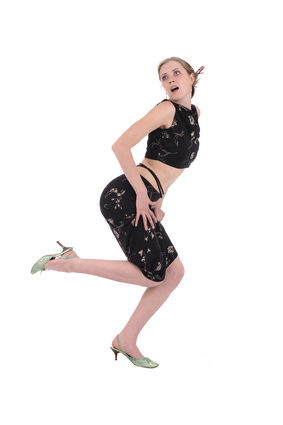 The power and prominence of negative emotions are realities of human existence, but that doesn’t mean we should hunker down in an emotional bomb shelter.

Psychologists who disagree on lots of things agree that persistently avoiding negative emotions is a main cause of emotional problems. That’s because there’s an interesting paradox here: When we try to avoid negative emotions (and unwanted thoughts) they only grow bigger and more persistent. This psychological rebound is well documented and shouldn’t be ignored.

Think of it this way: Ugly feelings and unpleasant thoughts can act at times like alien creatures that gain strength from our efforts to avoid them. They actually feed off the energy we use in trying to escape from them!

The best example of this is Panic Disorder, which is a pattern of recurring panic attacks. Panic attacks are nasty emotional events in which our body’s alarm system is basically turned up full throttle: We sweat, our heart beats rapidly, we can’t breathe, and we get nauseated or dizzy. We might even get tunnel vision, tingly skin, and become convinced that we’re going crazy or are going to die. Panic attacks can happen to many of us but not all of us will develop panic disorder.

Panic disorder happens when we’re afraid of being afraid.

The good news is that most cases of panic disorder can be successfully treated in just a few sessions. The bad news is that patients have to be willing to generate the very sensations (e.g., dizziness, shortness of breath) they’ve been running from. With help, they learn to live with negative feelings and unsettling sensations that might signal a panic attack. They also learn to pull back from catastrophizing thoughts about what might happen if they did have a panic attack. In other words, they learn that the healthy response to panic is to turn toward it and lean in.

I sometimes use this phrase when working with folks whose lives have become distorted by anxiety and fear: Walk toward the barking dog.

The same is true for family problems that carry lots of emotion. I occasionally have sessions with families after something really bad has happened. It could be a really ugly fight or perhaps some tragic accident. My job is to help them face with eyes open all that has happened.

These are not pleasant sessions. Family members slowly march in, barely holding up under the emotional weight of recent events. After a bit of silence, I begin my search for the relevant facts. The questions are not easy: Who was hurt? How badly? What led to the hurting? What happened after the hurting? Is this a pattern?

I ask for facts but often get opinions, especially about who’s to blame or what’s to be done. I try to keep opinions out of the discussion. Every few minutes, I restate the facts and when all the facts are out in the open, I offer a summary, a validation of what they’ve been through. I might say, “This is very sad (or tragic)” or “Wow, this is really tough”.

I then restate the facts and hearing them again generates more emotion for family members. Once the facts have been stated and restated, breathing comes easier, tension in the room drops, and smiles are more likely. I have led these families back to scenes they wanted to forget and I reconnected them to feelings they didn’t want to have. And all lived through it.

The lesson here is that families are bigger and stronger than bad feelings. If they can learn this lesson and use it, even for a short while, it’s a huge advantage. They can better accept the facts of their lives.

The famous psychologist Carl Rogers once said, “The facts are always friendly.”  In other words, we’re not well served by ignoring them. With facts in hand, families can change behaviors that led to bad, hurtful events. They can work together to promote responsible actions and healthy relationships. They can focus on things they can control. They can walk toward the barking dog.