Child’s Play: What to Give Christmas Morning

Child’s Play: What to Give Christmas Morning

For most children, the magic of Christmas is waking to find new toys and games, each one offering the promise of sheer joy and hours of fun. Much is written each year about which toys are popular, which are age-appropriate, and which are educational. Far less is said about parents’ role in child’s play or how parents can enrich their child’s Christmas memories in the face of these newfound treasures.

In my experience, parents vary widely in how they do child’s play. I learned this because parent-child play is often a focus of family-based therapy for children with behavioral or emotional difficulties. Plenty of studies support the idea that helping children with psychological problems means helping parents learn to play with their children.

Unfortunately, some parents don’t want to play, some don’t know how to play, and some play in ways that are not helpful. Below are a few examples of how some parents approach child’s play.

Careful Carrie: Carrie loves the idea of child’s play but is squeamish about the mess of child’s play. Play-Doh is a no-no, sand and water aren’t an option, toys with too many small pieces are frowned upon, and play that involves throwing objects of any kind is simply too great a risk to her curtains and windows. 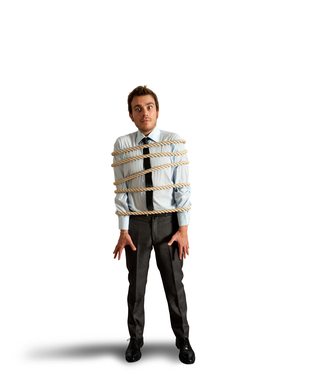 Rule-Bound Reggie: Reggie knows a lot about toys and games and he’s a great resource for his children—if they were writing a term paper. But they just want to have fun and changing the rules or making up new games is part of that fun. Reggie will have none of that; he lives by the motto: “Why have rules if we don’t follow them?”

Balling Billy: Billy loves all types of games and sports. He’s drawn to competition like a moth to a flame. When the game is on, he can’t help himself. He is always “in-it-to-win-it.” He also believes his children will see their father’s intensity as a valuable lesson and hopes they develop that same competitive drive.

Educating Edna: Edna believes that games and toys should be educational, so she works hard to ensure her children don’t waste play opportunities on trivial matters. Yes, play can be fun, but it should be fun and educational, says Edna. In her mind, play is full of teachable moments and she’s quick and eager to move into that teaching mode.

Busy Betty: Betty is a busy woman. She’s always on the go—at work and at home. She loves her children but she has to prioritize how she spends her time. For her, child’s play is a time she can steal away and tackle household chores. Because the odds of finishing those chores go up the longer her children play without interrupting her, she wisely invests in toys that provide entertainment value even when or especially when mom is not around. Motorized gizmos, electronic marvels, and video adventures are frequent playmates.

All of these parents are well intentioned and all bring valuable pieces to the child-rearing table. But missing from each are the most valuable gifts a parent can give a child at play. What children want most and what benefits them most is parents’ time and attention.

This is a difficult concept for many parents. It’s also somewhat counter-intuitive: Rather than actually playing with children, it’s often wiser to be with children as they play. That’s because there are few things more compelling to children (and more beneficial) than being an active witness to their play.

This the key role for parents when children play: Follow along, track closely and describe often what they’re doing, be a play-by-play announcer, be that reflective and available listener, and, if invited, join in the play but still take cues from them.

This Christmas, many children will be getting new toys and games, but like batteries, parents’ time and attention won’t be part of the packaging. I hope that you’re open to the wonders of your children’s play and that you take the opportunity to spend time in their world.