The 10 Most Useful Facts about Emotions: #3

The 10 Most Useful Facts about Emotions: #3

Today’s post is from a series I call “The 10 Most Useful Facts about Emotions”. I posted an earlier version of this series when I launched DrTimCavell.com (September, 2014). I thought it wise to revisit these facts. I wrote this for a forthcoming book about the emotional hazards of parenting, but these 10 facts can be used to understand the emotional hazards of any relationship.

#3: We Can Feel an Emotion and Not Act on It 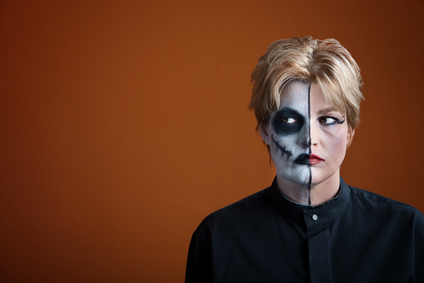 A few years ago, I organized a conference that brought together the world’s leading researchers on the topics of anger and aggression. One of our panelists was Dr. Ray Navoco, the man who actually coined the term “anger management” in the mid-1970s. Yes, the term was coined well before the 2003 movie starring Jack Nicholson and Adam Sandler (Youtube →).

We learned at the conference that anger is an emotion that still puzzles scientists. We also learned that the connection between anger and aggression is itself a puzzle. One thing was clear: People are quite capable of feeling angry without being aggressive. That might not seem newsworthy, but it in our society we tend to believe that folks who make a habit of hurting others must have a problem with anger.

Parents sometimes ask me if their child’s aggressive behavior is due to some deep-seated anger. I acknowledge that possibility but let them know that kids don’t need to be angry to use aggression. Yes, folks who are really mad are more likely to act aggressively than folks who are not mad, but anger is not a single, powerful cause of aggression. Anger can set the stage for aggression, but we don’t become so incapacitated by anger that we lose all control over our actions. A simple example of this is the child whose “out of control” anger leads to slammed doors and damaged walls but not attempts to hurt family members.

I then share with parents the most common reason for childhood aggression. It’s a reason that should be considered before all others (unless children have experienced a brain injury or severe developmental delay). The reason is that aggression is somehow “working” for their child. It could be a tool for controlling siblings, a way to get parents to back down from chores or give in to requests, or a strategy that helps settle conflict with peers.

If aggression is “working” and children learn to use aggression as an influence strategy, then slamming doors and hitting walls could soon escalate to hurting others, especially if parents are no longer reacting to slammed doors or damaged walls. Aggressive children, like aggressive adults, tend to ramp up their actions when one form of aggression no longer works. So what might have started as a mild door slam and lots of cussing could become something more dangerous.

Some parents fear the escalation of anger so they placate their angry child, perhaps even seeing him or her as sensitive. But children who use anger as justification for aggression are learning a very dangerous lesson. They are learning that showing anger and coercion can be effective, go-to influence strategies when faced with interpersonal conflict. And it’s important to know that few things are more hazardous to children’s long-term development than a pattern of early, heightened aggression.

The ability to have a feeling and not act on it is not limited to anger. It’s rare for any emotion to be so powerful and so compelling that we have no control over our actions. Emotions can definitely affect how well or how poorly we do something but emotions rarely have us acting like hypnotized robots. In almost every instance, we retain the option to feel an emotion without acting on it.